← more from
Real World X
Get fresh music recommendations delivered to your inbox every Friday. 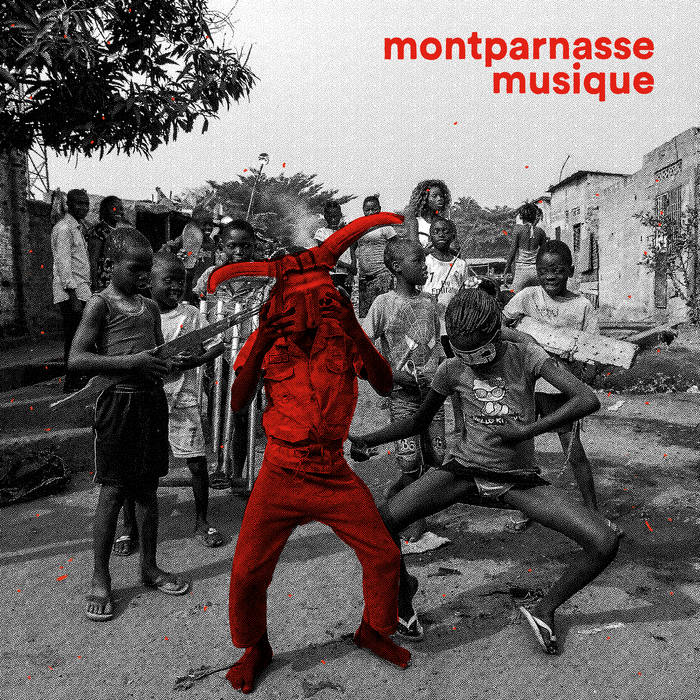 Vincent 49 (son of anarchy) very nice album i love it ! but this EP is cheaper if yu order it from Real World Website!

For their self-titled debut EP, the cross-continental duo collaborates with Congolese bands Kasai Allstars, Konono Nº1, Mbongwana Star and Basokin on five audacious dance tracks forged from the tribal rhythms and mystic voices of the Kasai rainforests, amplified by the aggressive growl of hand-wrought instruments from Kinshasa’s urban wilderness, and augmented with the slick precision of an EDM toolkit. The end result is an inevitable evolution of Congotronics into a sharp-edged, club-ready sound.

Nadjib Ben Bella is a DJ and producer who draws influences from the gnawa music of his North African roots and a diverse range of Sub-Saharan sounds from musicians he has worked with over the years. Most recently he has been touring Europe with West African band Les Amazones d’Afrique. Aero Manyelo, a name now synonymous with the burgeoning South African house scene, has honed a distinctive electronic sound that translates across the international club circuit and has attracted a broad range of collaborators — including Idris Elba and The Mahotella Queens on the opening track of an album inspired by the Nelson Mandela biopic Long Walk to Freedom.

The duo was formed after a chance encounter at their namesake, Montparnasse Station in Paris, whilst Manyelo was touring with pan-African collective Batuk. “I’d just seen their show, so I invited them back to my place for an after party,” recalls Ben Bella. “I promised beers and good vibes, but when Manyelo arrived and saw my home studio, plans changed!” It soon turned into an all-night music making session with guitarist Cubain Kabeya, who was also in the company that night.

A shared appreciation of deep, underground Congolese music was the impetus for what became their first track together, ‘Sukuma’. Nadjib had been thinking of collaborating with musicians from Kinshasa for a while, and was making connections via Michel Winter, a veteran of the world music scene in France and manager of Konono Nº1 and Mbongwana Star.

“Something special happened in that first session and we just wanted to keep going,” says Manyelo. “By the time I’d arrived back to Johannesburg, Nadjib and Michel were already reaching out to the Congolese musicians.”

Flights and recording sessions were booked, and before long Manyelo joined Ben Bella in Paris again — this time in the company of guitarist Mopero Mupemba, percussionist Diesel Mukonkole and vocalists Muambyui and Kuyinda, members of Basokin and the Kasai Allstars collective. Many hours of frantic creativity ensued, as Ben Bella and Manyelo were blown away by the inspired performances of the Congolese musicians. “Their attitude to creating music was fascinating to witness,” says Nadjib. “Working with them directly was an essential part of the process. We didn’t want to just sample stuff they’d already done, but to be there and collaborate with them directly.”

Further sessions with Congotronics innovators Mbongwana Star and Konono Nº1 completed the core musical palette for the EP before Manyelo returned home to develop the Montparnasse sound with Nadjib remotely. Digital basslines and beats bounced in Johannesburg would appear in the inbox of a Paris studio, where Ben Bella’s armoury of old-school synths and vintage gear added warmth and colour to Manyelo’s futuristic edge. Then a steady WhatsApp exchange followed — a feedback channel of voice memos, textspeak and emojis (👍👎🚀🔥) — the music-making playbook of today’s world. Finishing touches on the tracks were done by Nadjib and mix engineer Kwezydoctor at Khaima Studio in Lille, France.

Later, the duo shared the tracks with filmmaker Renaud Barret (Benda Bilili!, Système K), who proposed footage he’d captured of Kinshasa’s street art revolution that would lend Montparnasse Musique a colourful visual dimension. The video for lead single ‘Panter’ exhibits the fierce, independent spirit of Kinshasa’s urban youths or ‘Les Shégués’ as they roam the Congolese capital — their playground — embodying the same wild energy and spontaneity that lies at the heart of Montparnasse Musique.

“It’s an experiment based on openness and impulse,” says Manyelo. “We figured out a means of musical discourse to bring out each other’s strengths and challenge ourselves creatively.”

Ben Bella agrees, “We’ve cracked the code with this first project. We built the foundations of the Montparnasse sound, then learned how to collaborate alongside other musicians who inspire us to make it complete. There are endless possibilities for what comes next.”

Bandcamp Daily  your guide to the world of Bandcamp